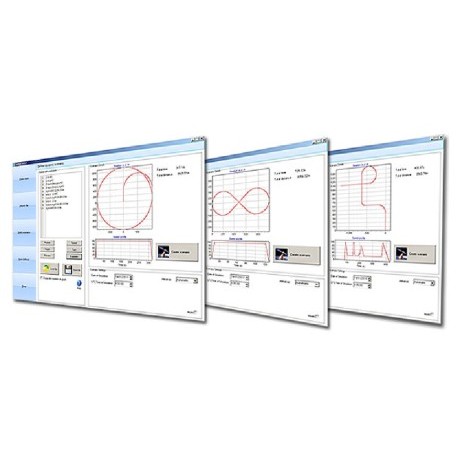 The SatGen software will help creating Scenarios to be re-play on LabSat 3.

SatGen software allows you to create a GNSS RF I&Q or IF data file based on a user-generated trajectory file that can be replayed on a LabSat GNSS Simulator. This allows you to simulate almost any kind of test, at a set time and date, anywhere in the world.

For example, say you are based in Europe, but your GPS devices will be deployed throughout the world. With SatGen you can create a test scenario for virtually any location, including hostile areas for which live-sky field testing might be impossible. This allows you to verify that your GPS equipment performs as required, in a variety of locations that may be geographically remote from your facility.

SatGen complements the LabSat range of GNSS simulators, and is available in single, dual, triple and multi-frequency/multi-constellation versions. Of course, LabSat can record and replay live data, but creating an artificial scenario allows you to precisely control the data content, create a ‘gold standard’ file for carrying out true comparisons between receivers.

From your bench you can try different acceleration levels, crossing different time zones, the equator, leap second, roll-over and many hard to replicate tests.

The latest version of SatGen can be used to create a single scenario containing all the upper and lower L Band signals for GPS, Galileo, GLONASS, and BeiDou, and will take advantage of the LabSat 3 Wideband’s ability to read RF data at up to 95 MB/s.

What constellations & signals can I create?

SatGen can be used to create a scenario which replicates very high dynamic conditions, allowing engineers to test their systems work in all environments. You could simulate an aircraft taking off and going into a vertical climb up to 30,000 feet, and then performing a high g-turn at this altitude, all without leaving your bench!

Creating your own scenarios couldn't be easier. If you have an NMEA file which contains GGA data, then you can import this directly into the software or alternatively, you can start from scratch by creating a route in Google Earth, or build a profile using simple user commands.

Developed with the user in mind, this software allows you to create a static scenario, where a position can be manually inserted or easily determined using the integrated Google Maps screen. You can also draw a route by simply clicking-on a series of locations on the map.

SatGen includes a range of predefined command buttons and scenario examples (including figure-of-eight, circle around a point and aircraft take-off). These pre-set scenarios allow you to test a device by making a few simple clicks.

Data Sheet for the SatGenV3 Software

Manual for the SatGenV3 Software

Flyer for the SatGenV3 software